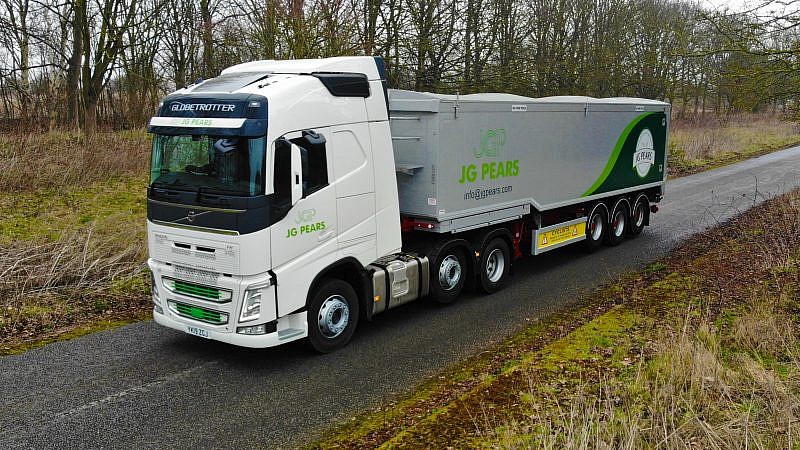 One of the UK’s leading animal by-product processors has simplified its fleet and driver management by using TruTac’s compliance software suite, TruControl.

JG Pears has specialised in eco-friendly treatment of animal by-products and food waste since 1972. It operates a fleet of more than 60 HGVs – predominantly 6×2 tractor units – and 300-plus trailers. The company collects material from around the UK and delivers it to the firm’s three primary processing sites at Bradford, Newark and Market Harborough – among other secondary locations.

The vehicles run 24/7, every day of the year, with around half an hour’s downtime between their 12-hour day and night shifts and are manned by around 120 drivers. Each truck is fitted with a digiDL unit, which automatically remotely downloads both driver and VU tachograph data straight into TruControl for complete tachograph and compliance management.

“It saves an awful lot of issues with trying to get the drivers to download data from their cards,” explains Peter Todd, Group Logistics Compliance Manager at JG Pears. “We have to make sure the downloads happen within the legally prescribed times at three major depots. If we had to do that physically, I’d never be out of my car.”

JG Pears also utilises TruTac’s TruAnalysis management system to oversee compliance, which Peter describes as “a one-stop shop for everything to do with professional drivers.” He uses the software to manage compliance, including the working time directive, and even adds drivers’ holidays to the system to illustrate which employees have booked time off work and when.

“The system is pretty easy to get your head around. I spent a day down at the TruTac office in Coventry for some training, which was very informative,” adds Peter. “I came back, scratched my head and thought ‘what did they say about this bit and that bit?’ but when you actually get stuck in and start using it, you realise what it can do. There’s a lot of information you can glean from the system when you interrogate it. Plus, their friendly Support Team are always available on the phone or email.”

The company has also used TruAnalysis to cut down on paper usage and to speed up the way it deals with infringements, having previously printed physical copies and handed them to drivers.

“About a year ago, I thought we must be able to do it electronically,” says Peter. “I contacted TruTac and they told me exactly how to set it up. Drivers can now read infringements via an app on their phone, sign them off and then they’re stored on the system. I’ve not raised a piece of paper for a single infringement in the last 12 months, which has been particularly useful during the pandemic.”

Part of the Microlise Group https://www.microlise.com/about/