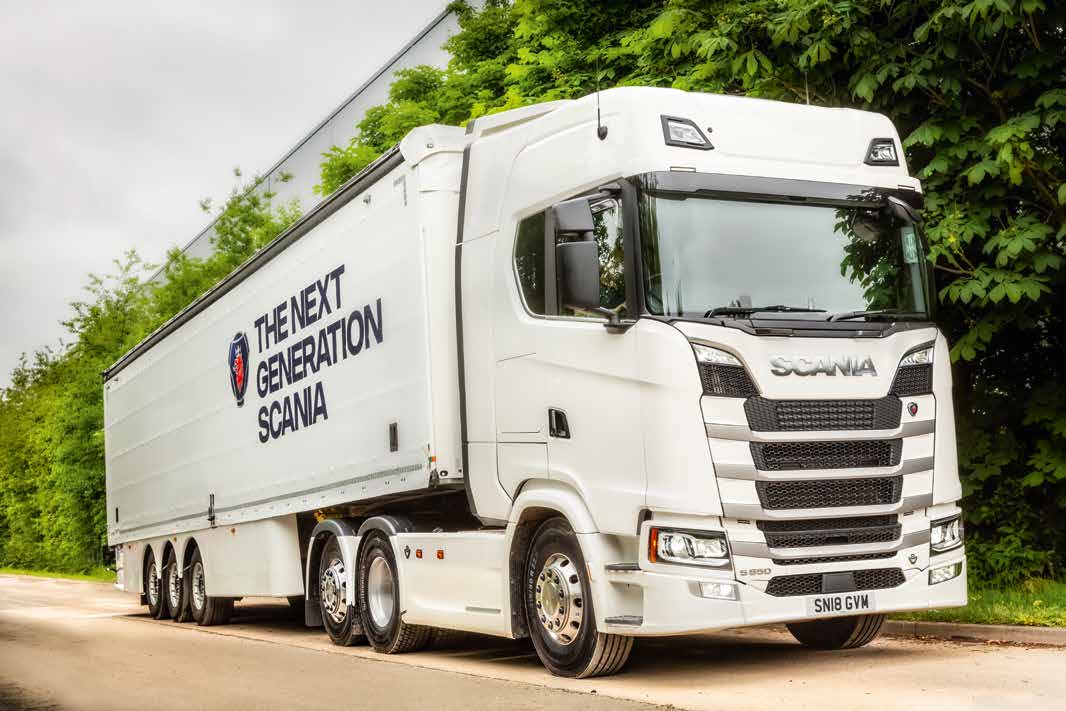 To get the most from a truck fitted with an automated manual transmission you need the added extras to increase and maintain performance. Kevin swallow took Scania’s new S650 on the road to see how easy it is to achieve consistency.

Last year Scania introduced a new generation of Euro 6 V8 engines. The new addition in that line up was the 650hp, to go with the 520, 580 and 730hp. Scania duly claimed that these could help generate a ‘7-to-10% reduction in fuel consumption’. The V8 has proved popular in the 49 years it has been around but to get consistent results from it no longer can you simply stick the truck in auto and let it go.

To get a consistent performance you need subtlety. Things like the Scania Active Prediction (SAP) – which uses GPS (global positioning system) to assess the topography of the road ahead – and quicker gearchanges when accelerating. For the latter, Scania has made the latest layshaft brake system in automated manual transmissions (AMTs) for Opticruise quicker by using synchro rings to harmonise the different speeds of the countershaft and main shaft in the gearbox when changing up the box. It shortens the actual gearshift time and lessens the dip in turbo pressure. It’s not as quick and seamless as the dual-clutch offered by Volvo Trucks, but it’s close. 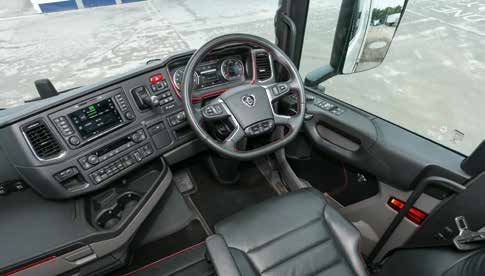 In with the new

Scania’s launch of its ‘next-generation’ Euro 6 vehicles began in 2011 with its first-wave of drivelines and gearboxes. It would be another five years before the new cabs would be unveiled with some driveline upgrades and tweaks. With £1.8billion spent on the entire project, the first cab launches were the R and S models with focus on the aerodynamics and new-style cab interior with the option of an all new flat floor.

For CV Driver, Scania provided a S650 6×2 with a tag axle and Highline flat-floor sleeper. The driveline is the 16.3-litre DC16 V8 with Scania XPI fuel injection, and achieving Euro 6 via selective catalytic reduction (SCR). Although badged at 650, its true horsepower rating is 642hp at 1,900rpm with 3,300Nm torque. This engine rating was launched a year ago, to plug the gap at the top end of the V8 range between 580 and 730hp, with torque levels matching that of the 520hp and 580hp.

Turning power into motion is the 12-speed transmission with automated change. It’s an overdrive box, with 0.8-to-1 for top gear, and it has a 3.08:1 rear axle ratio.

To slow momentum its fitted with full EBS and advanced emergency braking to support the disc brakes. Secondary braking includes an exhaust engine brake rated at 297kW at 2,400rpm and Scania hydraulic retarder that achieves up to 4,100Nm. 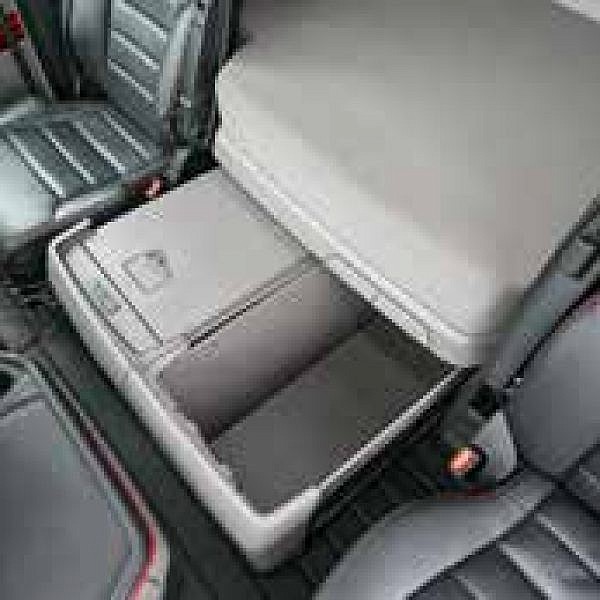 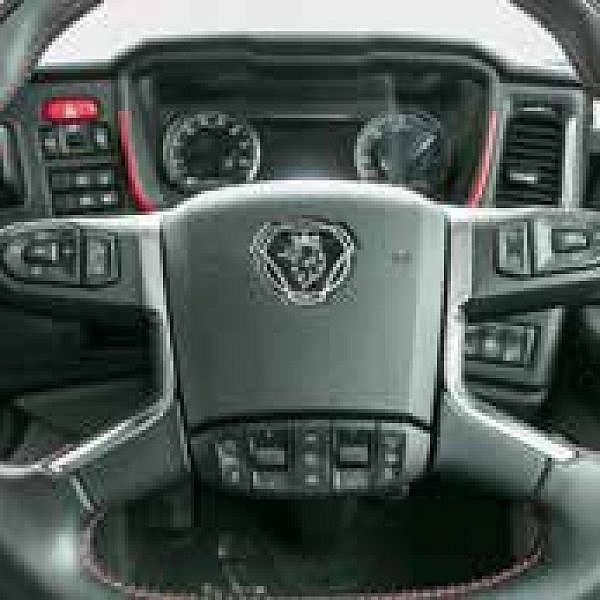 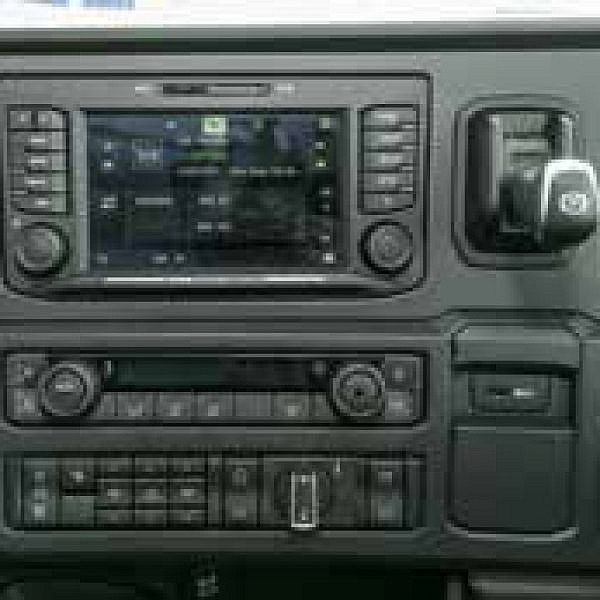 From Milton Keynes we used Scania’s own test route that takes in the M1 from J14 north to J21, onto the M69 towards Coventry and then back down the A5 through Towcester and back into Milton Keynes, around 172kms. Scania’s driver trainer suggested we put the truck into ‘auto’ and let four Scania Driver Support measurement tools plot my driving skills through hill climbing, braking, anticipation and engine revs. Anyone who’s driven a Euro 6 Scania will be familiar with at least three of these. The new addition is ‘braking’.

Each are measured by a star rating system; five for a good piece of driving and zero for bad. This data is then transferred to a rolling percentage score. The easiest of the four to get 100% is engine revs, only a deliberate attempt to rev outside of the appropriate zones will inflict damage. A decent anticipation score requires you to take your foot off the gas then after five seconds deploy a method of braking for top marks.

The new ‘braking’ support system is a little more difficult. It requires the driver to use the engine brake and/or retarder to slow the vehicle as much as is possible before using the foot brake to bring the truck to a halt. Not as easy as it sounds because it needs time and space ahead of a situation, say traffic lights or a roundabout, to perform. Braking is still an involuntary switch of the foot from accelerator to brake pedal and not right hand to column stalk where secondary braking is housed. Jumping on the foot brake to predominately slow the truck leads to a lower score.

However, the toughest is hill climbing. In cruise control it’s all done for you via SAP. Outside of cruise control it’s down to you, the accelerator pedal and judging the terrain. Because the truck still reads the road ahead if you accelerate to the brow of the hill it’ll advise you to take your foot off the gas. To have both the driver trainer and truck tell you to stop accelerating at the same time shows both are at least singing from the same hymn sheet. 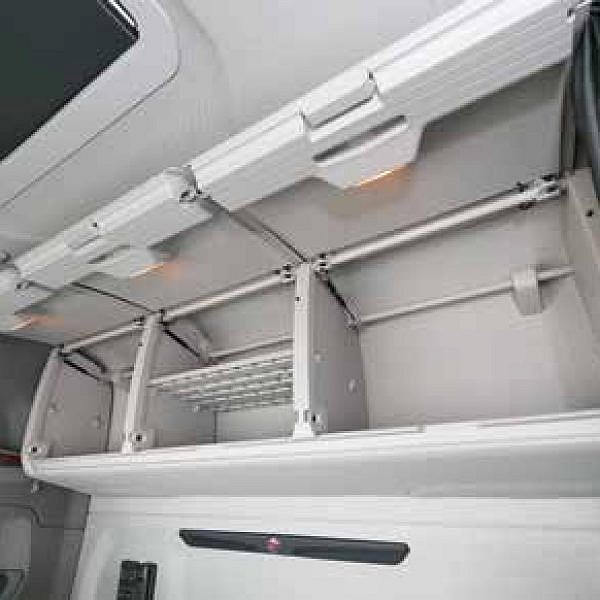 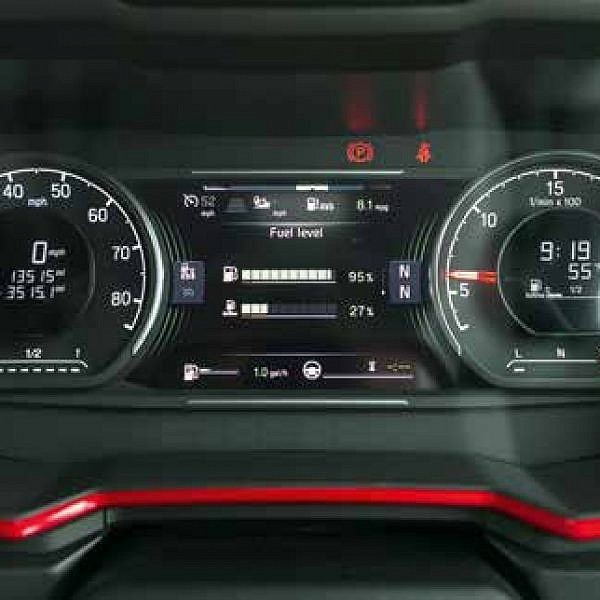 With so much power and torque available, the aptitude of the S650 is not in doubt. For the most part that impressive oomph is latent as the truck uses SAP to roll over the undulating terrain. If it’s not a contradiction in terms, we selected ‘economy’ mode on this route that meant the use of power was moderated, with Scania claiming this helps to reduce fuel use by up to 2%.

When called upon the truck likes to use torque rather than power to cope with most hill climbs. The engine will happily lug down to the bottom end of its torque plateau, which covers 950-to-1,350rpm. When a gearchange is required, the action is smooth, quick and responsive. It being a V8, it is in these situations that the traditional growl from the driveline, thanks to its V8 firing sequence, penetrates the cabs improved noise insulation. 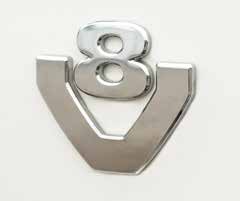 Inside the Highline cab, the vast amount of space is the most obvious thing. The introduction of a flat floor to the Scania brings the whole design up a notch to rival both the German specifications, and Renault Trucks T High.

The driver has 2,070mm internal height, plus 1,460mm above the only bunk fitted. With storage lockers above the windscreen, and on the backwall and underneath the bunk, it’ll keep any tramper happy. A plush finish with leather seats and trim make it more penthouse than bedsit.

Considering most hauliers will not go over 44-tonne gross vehicle weight, picking a 650 driveline and flat floor cab is excessive. Norfolk-based W’s Transport was one of the first to buy this specification and it’s very much a flagship motor, according to the transport manager Helena Wright.

This test truck oozes power and comfort. It exemplifies the modern-day commercial vehicle thanks to the ATM supported by the active prediction and the live driver support function. During the last 40kms of the route efforts to get the hill climbing score back up towards 100% after a dab on the accelerator on a downhill stretch lost vital marks dominated proceedings. If that isn’t a sign that driving trucks is a very different proposition to 10 years ago, nothing is. Scania new generation V8 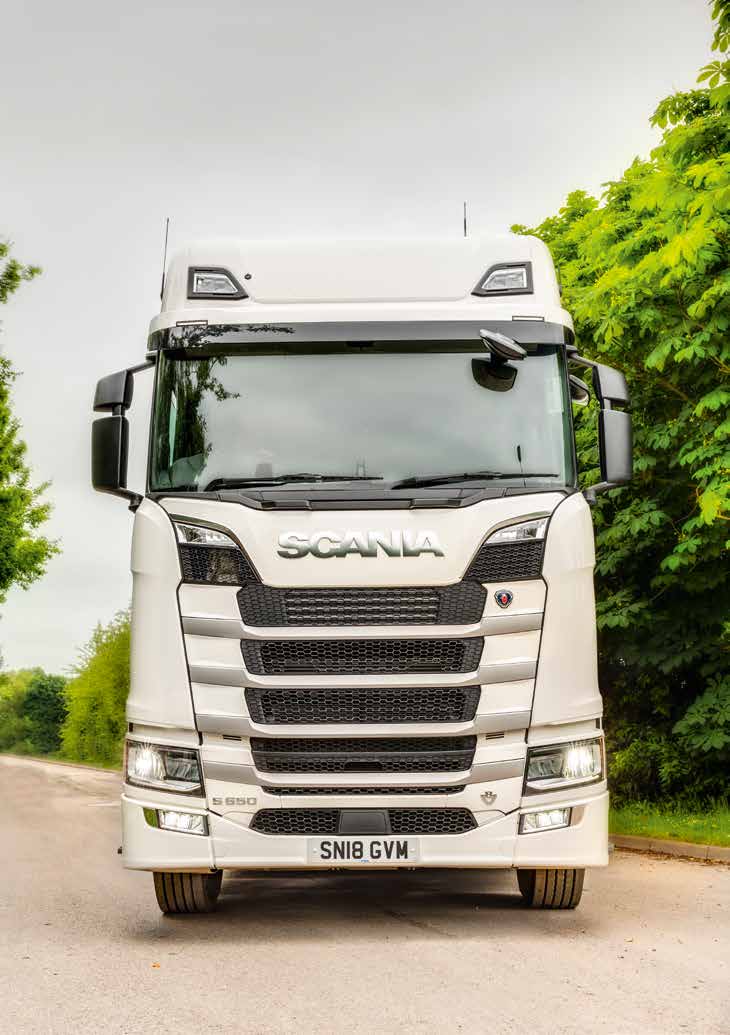