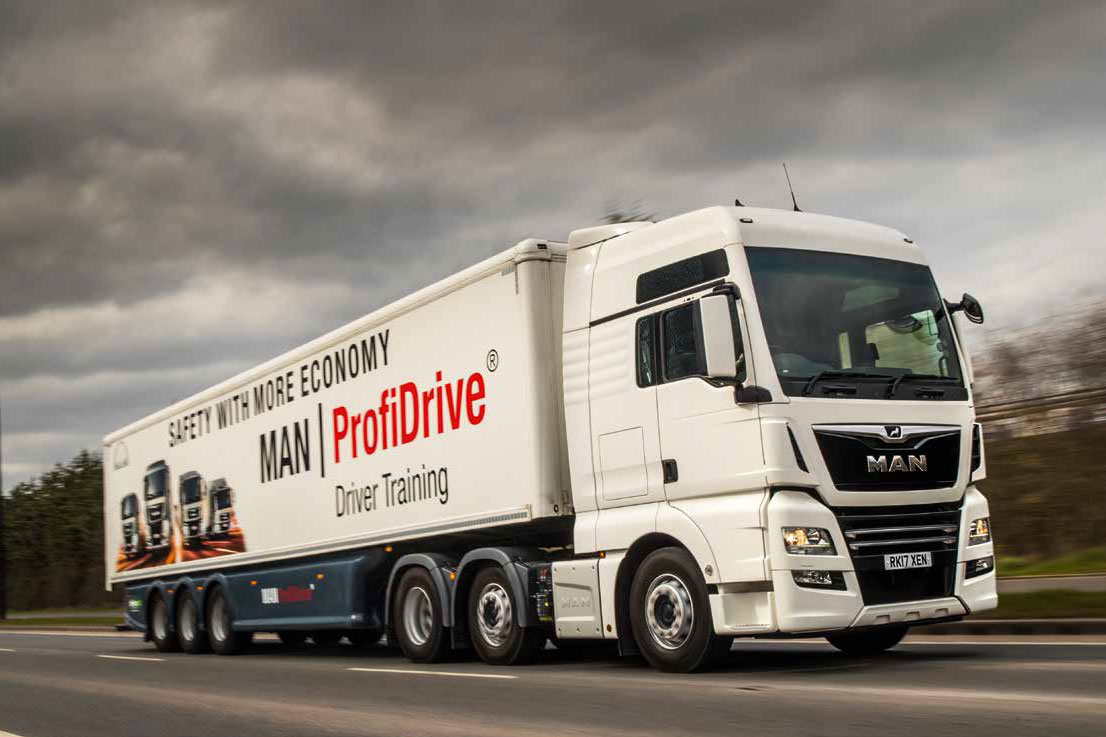 Launched with little fanfare MAN’s version of predictive cruise control – efficient cruise – was said to save operators up to 9% on fuel. Kevin swallow asked the manufacturer to put its money where its mouth is.

Rarely does a single product deliver big fuel savings on its own. Often, it’s a team effort that involves removing the sun-visor, redesigning the front corner, tweaking the engine, and revamping the transmission software package and you might just save 2%, if you’re willing to stump up several grand for it. The step up to Euro 6 has changed all that. These trucks might be more environmentally friendly but they’re also more expensive. Operators want something tangible to offset the cost. They want fuel savings.

To achieve these savings, manufacturers have had to literally think ahead. The collective answer from the OEMs is predictive cruise control (PCC). Combining automated transmissions, cruise control and global positioning system (GPS) manufacturers finally came up with something smarter than the average truck driver.

PCC became a reality six years ago with systems from Mercedes-Benz, Scania and Volvo. MAN’s version is EfficientCruise officially launched at IAA Commercial Vehicle Show in Hanover in 2014 and it went to market in the UK the following year. Like its competitors, MAN EfficientCruise uses GPS to assess roads up to 3km ahead. The engine management system adjusts speed and selects the right gear to achieve optimum fuel economy in relation to the topography.

It stops any unnecessary changes down the box – a common occurrence with cruise control – and it uses an underrun speed threshold to allow the truck to coast, or roll, over a hill and then use gravity to regain road speed.

In 2016 EfficientCruise was revamped and became EfficientCruise 2, which incorporated EfficientRoll. On a downward gradient where the truck can coast EfficientRoll is activated and automatically shifts transmission to neutral and rpm drops to idle. Momentum is maintained and the vehicle loses speed less quickly than with an engaged gear. There is also a ‘little eco’ and this occurs when EfficientCruise 2 comes off the accelerator and is reading the road ahead but remains in gear.

EfficientCruise 2 can be deployed once the driver reaches 60km/h, or 37mph, and the driver has a choice of four settings. For Level 1 the overrun is +5km/h before the engine brake or secondary braking is deployed and the underrun is -3km/h, at Level 2 its +6km/h and -5km/h, Level 3 is plus and minus 7km/h, while Level 4 is plus and minus 9km/h. The maximum setting, claim MAN, delivers up to 9% fuel saving.

For the moment EfficientCruise 2 remains an option and costs £1,850. Take up has been encouraging, last year 43% of all TGS and TGX sold included EfficientCruise 2, this included 47% of all TGXs. MAN suggest it might become a standard fitment in the future. 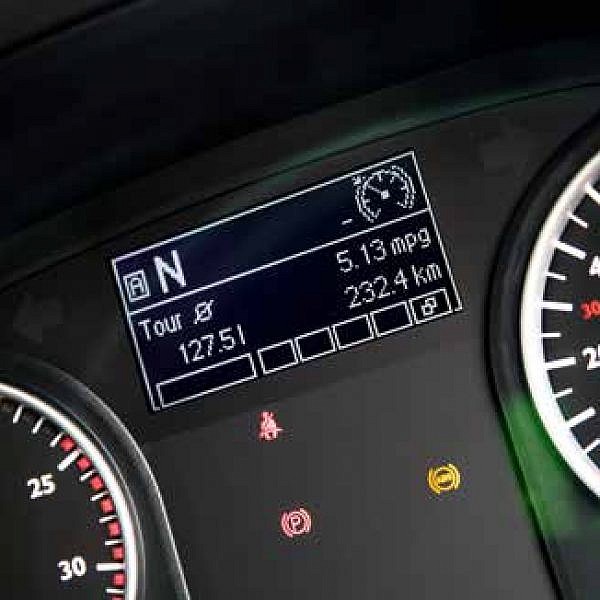 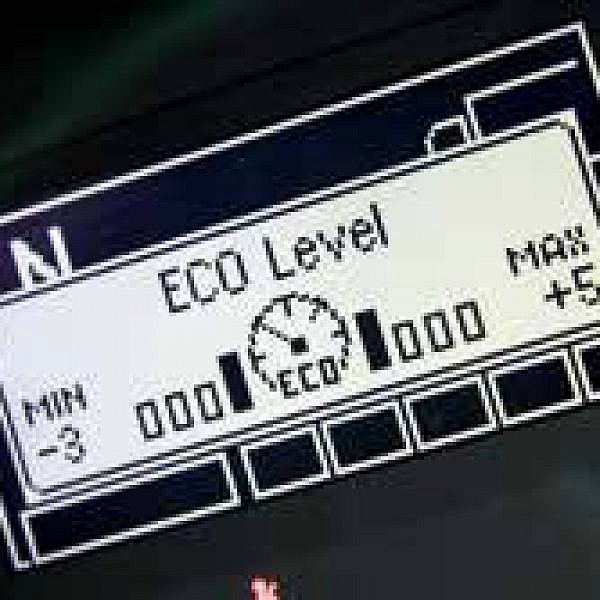 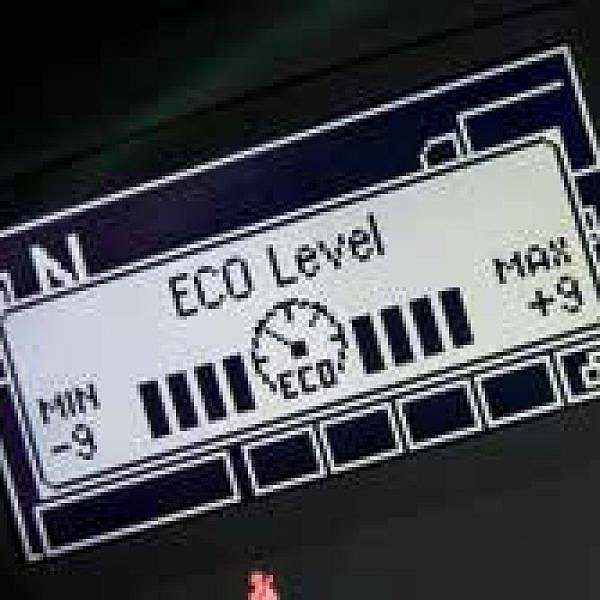 So far so good… But while EfficientCruise 2 is growing in popularity with the bosses there isn’t much they can do if the driver decides to ignore it and use the traditional cruise control instead. Cruise control works on the spot; it changes down the gearbox when it thinks more revs are required and moves up when the roads flats out.

The first part was the M6, starting from J37 for Kendal and Sedbergh in Cumbria. This is 233m above sea level (MAMSL). Heading north it passes Tebay at J38, 180MAMSL then up to J39 at Shap. Just before the junction it reaches 320MAMSL, second highest point on the UK motorway network after the M62 at Saddleworth Moor.

At J40 for Penrith, 140MAMSL, the truck returned on the southbound to J37. This is a total of 48 miles, with each section was driven twice; once using EfficientCruise 2 and once using cruise control.

This route is tough at the best of times and 4°, driving rain and a 25mph southwesterly didn’t help. The route is defined by the climb to Shap which is in the middle of two descents. Southbound is the opposite, two climbs separated by a long and steep descent towards Tebay.

The M56 is less arduous. From J3A at Wythenshawe, Cheshire, which is 50MAMSL, it progresses west past J10 south of Warrington, the highest point at 80MAMSL, before dropping gradually, via several; undulating sections to the run into J14 at Ellesmere Port, which is 9MAMSL.

The truck used the roundabout at J14 to start the return leg. This is 51 miles, again driven twice, once with EfficientCruise 2 and then with cruise control. The weather was 9° and there was little wind.

MAN claimed EfficientCruise 2 can achieve up to 9% fuel saving, so the manufacturer is right. Overall the results show a total fuel saving is 8.2% over the 99 miles covered. In any context that is a significant saving. What is more, it shaved a minute off the combined journey times using EfficientCruise 2 compared to cruise control.

Looking at the results in closer detail, it shows where the bulk of the 8.2% was achieved, and that is on the undulating M56 heading westbound that gradually descends to J14. EfficientRoll was activated five times through this section. The longest point where EfficientRoll was active was a 2.0km section progressing to and over J12, the Mersey Gateway Bridge. That remarkable 15.6% improvement was tempered slightly by the return leg, which produced 7.1%. That is a remarkable improvement in its own right considering the route is a gradual climb back to the starting point at J3A.

MAN says ‘undulating’ is the best terrain for EfficientCruise 2 because it can roll over smaller hills and use the speed and weight of the vehicle to retain momentum. Overall on this section it achieved an 11.4% improved fuel result.

As EfficientCruise 2 can read the road ahead we noticed on the M56 the transmission will hold higher gears for longer whereas on the same sections cruise control it was quick to change down the box then change back up shortly afterwards with no benefit. EfficientCruise 2 also confirmed using a +9km/h overrun and -9km/h underrun is that the trucks’ speed varied significantly. Rather than run with the crowd progress is more ‘to you to me to you’.

For example, following another truck we fell back at certain points where the road reached an apex followed by a descent. On the downhill the truck built up speed, caught the truck ahead and passed it before slowing down, at which point the truck that had been passed duly overtook us. On the M56 using EfficientCruise 2 it became clear that you have to read the road and judge the speed of the surrounding traffic.

In cruise control the truck retained a more consistent speed lacking the highs and lows of EfficientCruise 2. Up and over the summit of a hill the truck kept going until its speed took the truck past 85km/h before at 89km/h the engine brake was deployed. This was repeated throughout the trip.

Results from the M6 were more interesting. This wasn’t a terrain where EfficientCruise 2 was expected to do well. It’s only undulating part is northbound from J39, the turning for Shap, where the motorway divides.

The climb up towards Shap levels out at the top so there is no descent for EfficientCruise 2 to latch onto as it approaches the top to employ EfficientRoll. That said it still achieved a 7.7% improvement on fuel. The return leg was into a strong breeze and any gains EfficientCruise 2 might have achieved were lost as it matched cruise control for fuel economy.

If there any doubts about EfficientCruise 2s conservative nature, as the truck prepared to climb the final hill sharp hill towards J37 south of Tebay, the truck changed down a gear early and went for it. This was the one section that EfficientCruise 2 produced a quicker time, a full minute to be precise.

On a wider note for PCCs, perhaps the final piece of the jigsaw for the road transport industry to consider is training. Drivers avoid the unknown when it comes to technology.

One-to-one training for drivers is time consuming and not cheap, however if you are going to spend the best part of £2,000 on EfficientCruise 2 to get the benefits the drivers needs to know how to use it. If you do the pay back on investment on a vehicle travelling doing 120,000km annual mileage should be within 12 months.

The argument that technology de-skills the professional driver is redundant because using predictive cruise control allows the driver to concentrate on the things that matter most; steering, braking and observation.