Close Menu
CV Driver > Reviews > Iveco > All gassed up and ready to go! 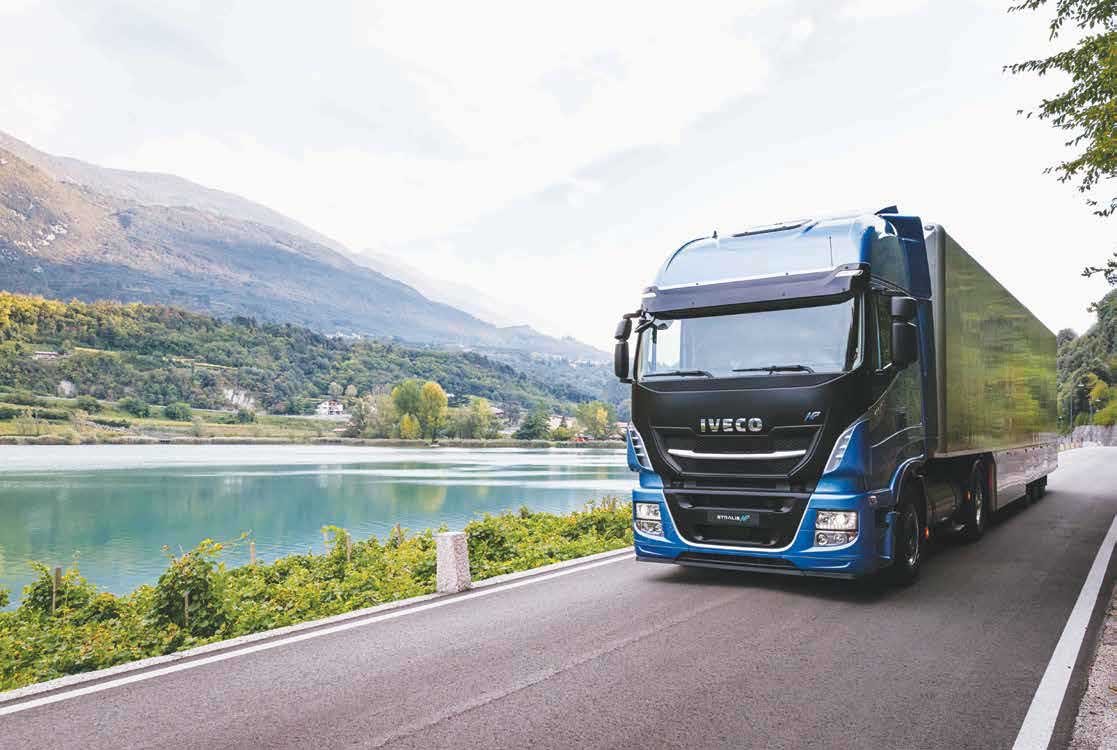 Iveco has been plugging away at the gas truck market for a while – and it looks like it might be starting to pay off. Ian Norwell reports from Ulm, on the new Stralis NP460, and the launch of the Stralis X-Way construction range

The John O’ Groats to Land’s End gas truck trial in a previous edition of CV Driver Magazine proved that it could run the distance on a single fill, so there’s no need to get stressed about gas filling stations any more.

If we hadn’t been told, we wouldn’t have known that it was powered by gas. The new Hi-Tronix gearbox is another 12-speed AMT (automated manual transmission), and under the skin it’s the TraXon ‘box from ZF. Shifting is 10% faster than the last version, and the six-stage retarder / engine brake is a must-have.

The engine is a spark-ignition affair, so it deserves to be quieter than a diesel, and it is. The NP460 comes with that integrated hydraulic retarder as standard and a hill-holder function too – a very effective combination.

When the 6×2 tractor arrives, the third axle will inevitably reduce the length of the gas tanks and cut the range – and there will be a 15% on-cost for the gas truck compared to diesel. Despite that, we can see a market for it. If you drive a supermarket delivery vehicle, you could just be one of the first to get one. The 4×2 is ready now, and that sector of the market loves to play its green card.

Truck makers have woken up in the last few years to the possibility that the construction sector might just want a bit more variety than a few brutal six and eight wheelers. Volvo was on the park first a few years ago with the FMX, and more recently came Scania’s XT range. It makes sense. All the process engineering boffins in truck factories have to do is press a few buttons and any combination of cab, engine, chassis frame, transmission and rear axles can come together to fit any operator’s needs.

And so it is with the Stralis X-Way range, the successor to the Trakker. Higher ground clearance, a beefy steel front bumper and then you can choose from the menu.

We took out a pair of eight wheelers in the pouring rain – an 8×2 flat with a crane and an 8×4 with a mixer body.

Both chassis handled the high centres of gravity well, with very little roll. The mixer had a day cab, and the 8×2 a full sleeper. Somewhere between the two would have been the right one for us. The six-stage retarder got top marks – we love ‘em – and so did the air suspension, giving a great ride. The tight test route on rural roads around Ulm gave plenty of opportunity for a mirror-clash with locals, but we came home unscathed.

The editor of CV Driver Magazine has his own private collection of shattered plastic and glass in his office and we didn’t want to add to it. The general quality of engineering and interiors on the NP460 and the X-Way were good. We liked them.