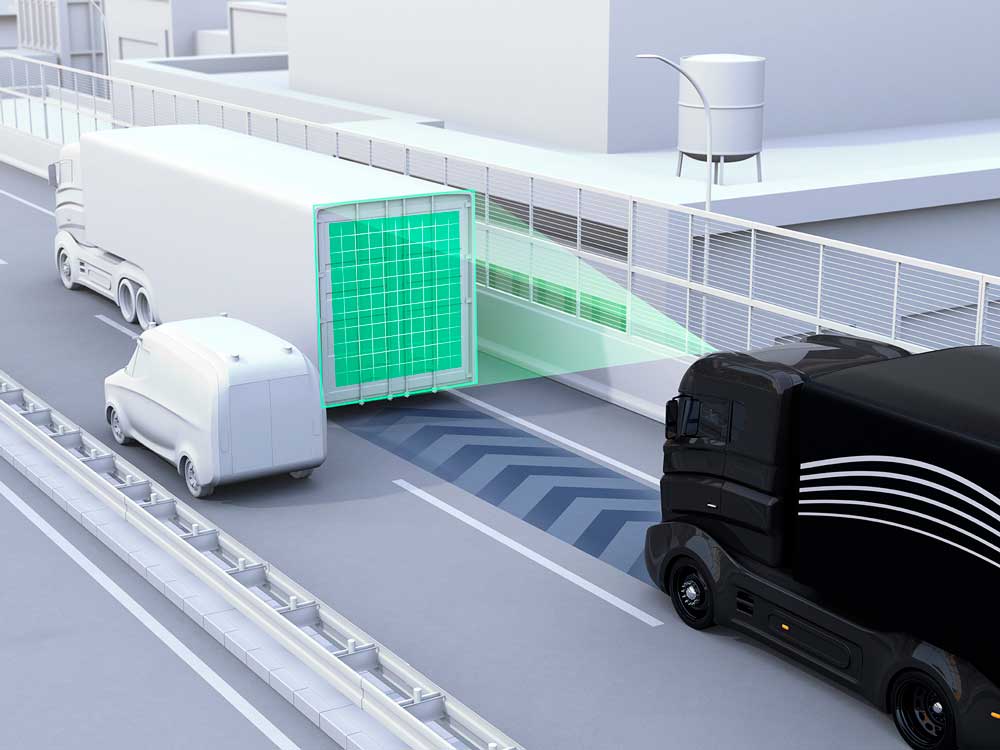 Although we're still a way off fully autonomous vehicles, the growth of this technology is already making strides, with many more developments expected throughout the next decade

There's no curbing the technology’s steady progress, but the move towards autonomous vehicles, particularly those such as HGVs, where the industry is currently reliant on trained, skilled drivers, begs the question as to what’s in store for those who make a living at the wheel of a delivery vehicle. Their roles are unlikely to be under threat, but they are expected to change.

The situation has prompted the International Transport Forum (ITF) to investigate the future for lorry drivers, and how their roles in the industry will evolve as vehicles become more independent. In conjunction with the European Automobile Manufacturers’ Association (ACEA), the International Road Transport Union and the International Transport Workers’ Federation, the ITF has published a report – Managing the Transition to Driverless Freight Transport – explaining how and what governments need to do to make the change as straightforward as possible. For starters, the ITF pointed out that there has been a shortage of professional drivers for some time, and if that trend continues in the long run, a portion of autonomous trucks would absolutely be beneficial.

Daniel Veryard, project manager at the ITF who led the research behind the report, explains where the lack of drivers and autonomy overlap. “Every time I speak to any members of the IRU [The International Road Transport Union] they always say ‘we’ve got a labour shortage; we can’t get enough qualified drivers to fill our jobs’,” he said. “Yet this study is saying that in future, this technology could sweep through and take their jobs.

“So do they push really hard and get more people on, push driver training courses, or do they have a different strategy in the short term? I think this pivot point is one of the trickiest issues.”

One of the ITF’s recommendations is that governments establish an advisory board for the trucking industry, to keep the former in the know about where the technology is and its impact on employment.

“We recommended setting up an advisory board, at a national level, for countries experiencing this kind of change,” says Veryard, who adds that the board’s primary role would be to research the state of autonomous technology, and keep the government up to speed.” The report also suggests that governments should consider “target labour market programmes” to create relevant job opportunities for drivers. According to Veryard, certain areas of the delivery and logistics industries are still likely to require drivers even when autonomous vehicles have become the norm, so there could be a gradual transition to similar roles.

“We split things into three possible areas for drivers. One is jobs in the trucking sector; because things like last-mile deliveries in cities might not be driverless for quite some time, so there will still be some jobs in exactly the same roles – or slightly changed roles. Their roles could expand a little bit, so technically, driving will be one of a portfolio of jobs they might do; they might still be in the cabin, but it would perhaps be because they need to deal face-to-face with the customer at the other end. Whether that’s technically still a driver is kind of semantics, but there could be jobs there.” It’s still theoretical, but as autonomous HGVs take off, what we perceive as driving could move out of the cab and into a hi-tech office, as Veryard explains.

“There’s the possibility that the whole configuration of driving could change, and you could end up with drivers sitting in remote control rooms managing 10 trucks at once. If an alarm bell goes off and a truck gets into trouble, you could again still have some driving jobs that would be quite different from today.” Veryard’s final suggestion for future roles in the trucking industry is a potential counter-boom that the efficiencies associated with autonomous vehicles are hoped to bring – essentially, jobs that we can’t even imagine yet. “The third category is the one that economists like me like to think is going to be the thing, which is a productivity gain in the trucking sector that frees up resources, unleashes changes in supply chains and the possibility of new products that we don’t even know about yet.

“There is a massive question mark about how much employment this will generate and what kind of skills will be needed. “I would push for detailed research from the advisory panel, to look and think in detail about what the opportunities are as they’re being created, so year by year, you’d be able to make recommendations about how this is panning out for truck drivers. “You’d get a better handle on what the effect is, and if it turns out they’re being rapidly redeployed, then this whole edifice of having to control the speed of adoption would naturally fall away.”