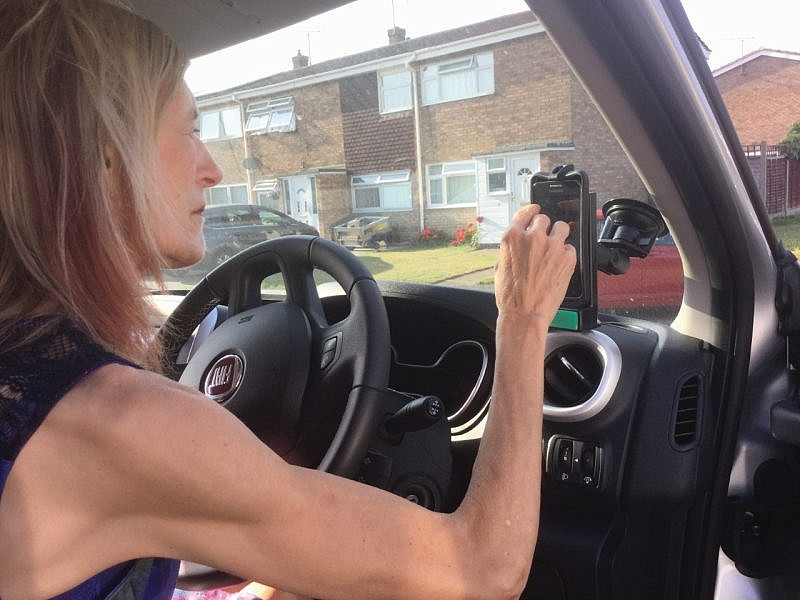 How many readers remember the old mantra from their dads: “Buy cheap, buy twice?” And how many of you – like me – ignored their parents and learned the hard way? Trevor Gehlcken reports

When it comes to tablet and mobile phone accessories, that mantra especially rings true. Anyone who has been lured by the cheap prices in tacky high street booths and motorway service stations will soon learn that the goods on offer are likely to fall to pieces in a surprisingly short time.

Professional truck drivers and van users need top quality goods – and that’s exactly what’s on offer with Ram Mount, the firm that supplies just about every accessory you can imagine – and a few more.

We were sent a couple of Ram Mount products for testing and were immediately impressed by their rugged quality. All the bits and pieces look as though they were designed to withstand a nuclear blast!

The company sent us all the gubbins so that my Samsung phone could be positioned on the dash of my van, while being charged up at the same time.

It all looked a tad complicated for a start. There was a rubber holder for the phone, an arm that swivelled in all directions, a suction pad, wires and a number of different screws and nuts and bolts.

Being a bloke, I immediately eschewed the printed instructions – but within a couple of minutes I had the unit all fixed in my current test van, a Fiat Talento.

As I also use a TomTom sat-nav in the centre of the screen, I placed the Ram Mount dock near the driver’s door, so it didn’t interfere with my forward vision – and it works a treat.

Before getting this device, I used to place my phone in various positions in the cab and invariably at the first sign of harsh braking, the phone slid off somewhere under the seat or another place out of sight.

Now it sits high and proud and I can see who’s calling me or texting me, although of course I don’t actually take the call while on the move. I’m not that stupid.

The rubber sucker means you don’t have to damage the dashboard of the vehicle to install it and it also means it can be swapped between vehicles easily.

The quality is staggering. I noticed when I first opened the packaging that it displayed a “Proud to be made in the USA” slogan, complete with stars and stripes, and having been a resident of America for a short while back in the 1990s, I know full well that stuff made in the States is generally of superior quality – they simply don’t accept the shoddy stuff we seem to be happy with here in Great Britain.

So with my trusty phone dock now in place, l’m looking forward to a giood few years use from this oh-so-handy gadget.

Many truckers and van drivers use an iPad or Android tablet during the course of their work nowadays and it’s all too easy for them to get damaged during the hurly-burly of a busy working day. A smashed screen is something I suffered soon after I bought my first iPad as I had baulked at the idea of coughing up extra dosh for a case, having

just forked out close on £400 for the damned thing!

And I soon discovered that strategy was false economy. You seen the prices Apple charges for repairs?!!!!

My current case, I have to rather shame-facedly admit, is one of those cheapies mentioned above from the tacky high street story. To be fair it’s OK for gentle usage that I give it, but absolutely nothing compared to the one I received from Ram Mount. This one’s a professional job built for rugged usage.

The Ram Mount device can then be plugged into a variety of docks for office or truck cab usage.