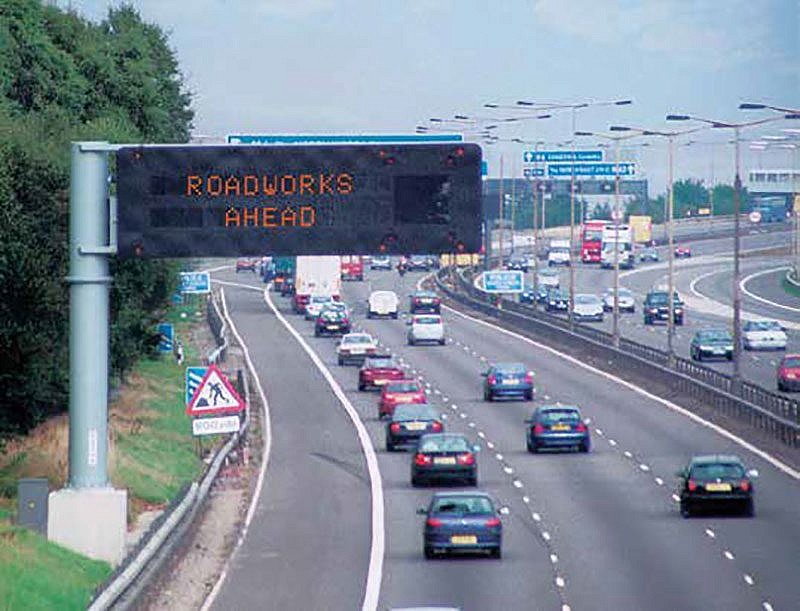 Warning signs are all well and good – but mostly they are inaccurate and therefore completely useless, says Trevor Gehlcken

I happened to be driving round the M25 a few days ago. It’s something I try and rule out of my life to be honest, but on this occasion it was unavoidable.

Amazingly enough, for the first few miles, things went pretty smoothly and all the traffic was whizzing along nicely at 70mph.

Suddenly a sign flashed up saying: “Animals in road. Slow down. 40mph”. Hello, I thought, braking gently and expecting to see a herd of wildebeests galloping gracefully down the outside lane, or something like that. Five miles and quite a few similar signs later, the same message was still flashing up until, all of a sudden, the all-clear was given with not so much as a mouse having been seen on the carriageway.

Some miles further along, another warning flashed up, this time it said: “Queue ahead. Slow down. 50mph”.

Once again the same thing happened. After a few miles of this, the all-clear was given without a hint of a problem.

Now during this time, hardly one car, van or truck bothered to slow down to the correct speed, unless it was to avoid being caught by one of the overhead GATSO cameras they have fixed to the gantries every so often, which of course we get a warning about in advance from our sat-nav units. So my rant (or should I say carefully-crafted piece of critical journalism) is this: what the hell is the point of wasting millions of pounds on these highway signs if they are so inaccurate that no-one takes any notice of them?

What the hell is the point of wasting millions of pounds on these highway signs if they are so inaccurate that no-one takes notice of them?

This wasn’t a one-off on my journey either – far from it. Time and time again I have come across similar instances and no doubt you have too.

It’s a bit like the little boy who cried wolf because on the odd occasion when there has actually been an incident, most of the traffic flow has carried on at its usual speed and then has had to slam the anchors on at the last minute.

Obviously these motorway signs should be a huge safety asset which have the potential to save many lives – and maybe they actually do just that sometimes. But unless the general motoring public can trust them, then they are worse than useless.

Firstly, they need to be accurate. If they say there are animals in the road, then passing motorists should expect to see some animals. If the danger is over, why aren’t the signs switched off immediately?

Secondly, the warnings are given too early. These signs had come on a good five miles before they went off – I mean how long does it take to stop a modern vehicle? Surely half a mile before the obstruction should be enough.

By putting these two relatively simple suggestions into effect, these motorway warnings signs could actually have the chance of being fully effective. It’s not much to ask, is it?

Read this article and more in CV Driver Magazine

Know your Motorway and Traffic Signs