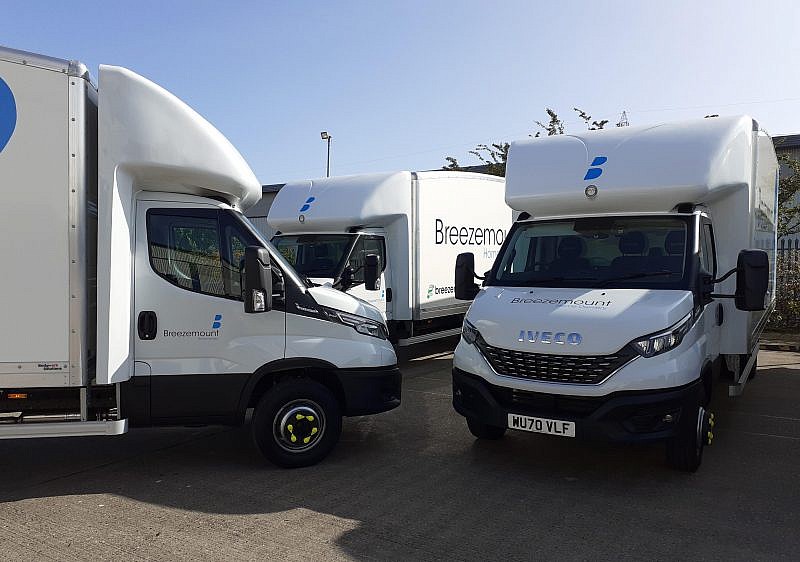 The Next Generation of Driver-Powered Safety

With Lytx’s sophisticated technology, Breezemount will now be able to identify distracted and risky driving behaviours not triggered by a G-force – taking safety to new levels.

Lytx’s MV+AI solutions identify leading driving distractions including mobile phone use, smoking, eating or drinking while driving, ‘inattentive’ behaviours such as drowsy driving, and other risky behaviours including not wearing a seatbelt and behaviours often indicative of distracted driving (following distance and critical distance).

A Boost to Productivity

With more than 70 vehicles and 150 drivers completing over half a million home deliveries each year, one of the major factors in Breezemount’s decision to upgrade was the ease and speed of Lytx’s reporting platform. In particular, the company was impressed by the technology’s ability to identify specific risky driving events. Breezemount managers are then provided with a 12-second video clip that allows them to see exactly what happened in the lead-up to an event.

While traditional telematics software, that merely identifies G-force triggers, only provides the what, Lytx’s MV+AI technology provides the why – helping to create an accurate picture of what’s really going on inside the vehicle. This fully customisable offering includes the option to continually record video, providing managers with on-demand access and the ability to review up to 200 hours of video footage in real-time if they want to see an incident in greater detail.

‘‘It’s been so much easier now we just have to review the footage that’s been triggered,’’ said Richard Clarke, Fleet Engineering & Compliance Manager at Breezemount. ‘‘I’ve used systems with other providers where the only thing we knew was that something had happened at some point in the afternoon. I could sit there, trawling through footage for hours before I found the relevant clip.’’

Richard adds: “We have managers at different sites who are very busy focusing on the day-to-day. They don’t have time to go through several different pages of a report to find what they need. With Lytx, everything is configured based on our exact needs. You click once and everything you need is there. It’s also helped to speed things up. With the new system, we can access video footage ourselves, on the same day.’’

‘‘Lytx’s technology has provided video evidence to help exonerate drivers in the event of false claims and has helped lower our insurance rates,’’ explains Richard. ‘‘Video also helps in the event of client claims related to failed delivery, for example. With Lytx, our drivers can use the camera as their witness.’’

In addition to a renewed partnership with Lytx, Breezemount has also entered into a new partnership with vehicle leasing provider, Hireco. This will see its core fleet of 73 vehicles change to Iveco & MAN, all of which will be fitted with the new Lytx Camera solution.