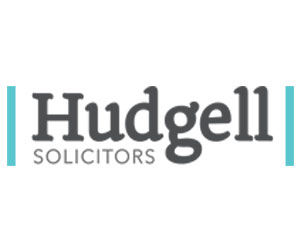 By Jane Woodcock, head of personal injury at Hudgell Solicitors,

Using a truck table to store or display items on the dashboard may seem like a convenient way to create extra cab space.

Sadly, the stark reality is that it could end up costing someone their life.

This is exactly what happened when Dr Suzanna Bull, 32, suffered “catastrophic” injuries and died after being struck by a lorry whilst cycling with her brother in Birmingham back in October 2017.

In December 2019, Robert Bradbury was jailed for 21 months for causing death by careless driving. During his trial, evidence was heard that a tray table, sat-nav, fan, ornaments and other items had been placed on the centre of the 32-tonne truck’s dashboard, causing his view to be obstructed.

S & J Transport, the lorry firm which employed him, were fined £112,500 as well as being ordered to pay £3,000 in costs. From 1st October 2020, they will have their operator’s licence revoked after a public inquiry, opened by the Office of the Traffic Commissioner, proved they failed to ensure their fleet complied with Health & Safety laws.

The loss of Dr Bull, who had been working at Birmingham Children’s Hospital, is clearly both sad and tragic.

But this incident should act as a warning to other lorry drivers, transport managers and haulage firm owners that they MUST take safety seriously.

I think it likely that lots of long-haul drivers are still using dashboard tables when driving.

The fact that they are rarely marked as being ‘only for use when stationary’ certainly does not help to discourage their use. In the past, some tables even came with Velcro to stop them from sliding around whilst moving.

We will all have seen HGV drivers travelling with various knick-knacks cluttering up their windscreen or partially-opened curtains obscuring their view of the road. Decorating your cab is fine, but there can be no excuse for behaviour which, in fact, puts the lives of others at risk.

If you operate a fleet or drive a vehicle of significant size (such as an HGV or Class 3 lorry), you should treat all of these issues seriously. It is NOT minor infringement, it’s a grave contravention of health and safety laws.

Legally, drivers and transport firms have a ‘duty of care’ to other road users, who should be treated with care and respect.

As the reported case has highlighted, were a fatal accident to occur because of a negligent act, you could end up in serious difficulty from a legal perspective if you’ve failed to take appropriate action.

No one wants to live the rest of their lives knowing they could easily have done more to prevent a tragic and needless death.

Is it really worth it for a little bit of extra dashboard storage?