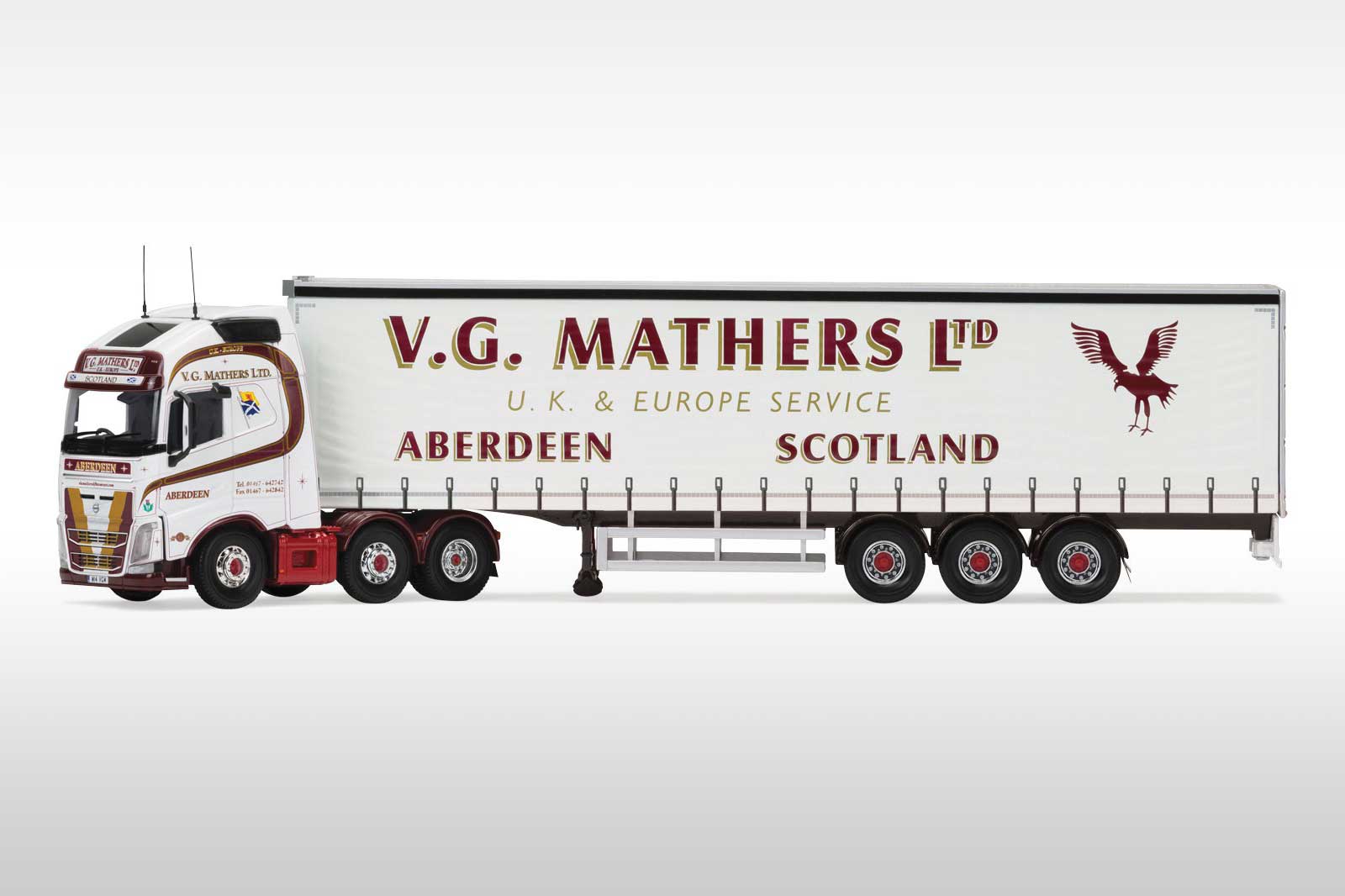 Based in Kintore on the outskirts of Aberdeen, the family firm of V.G. Mathers has been operating for nearly fifty years and their vehicles, in their distinctive livery, are a regular sight on the roads across the United Kingdom.

The firm was established by Vic Mather in 1968, operating as an owner/driver with an eight wheel Atkinson, but shortly after a Volvo was purchased, an association Vic has kept going to the present day; his fleet of eight vehicles being spearheaded by his 500bhp Volvo FH Version 4 Globetrotter XL, M14 VGM.