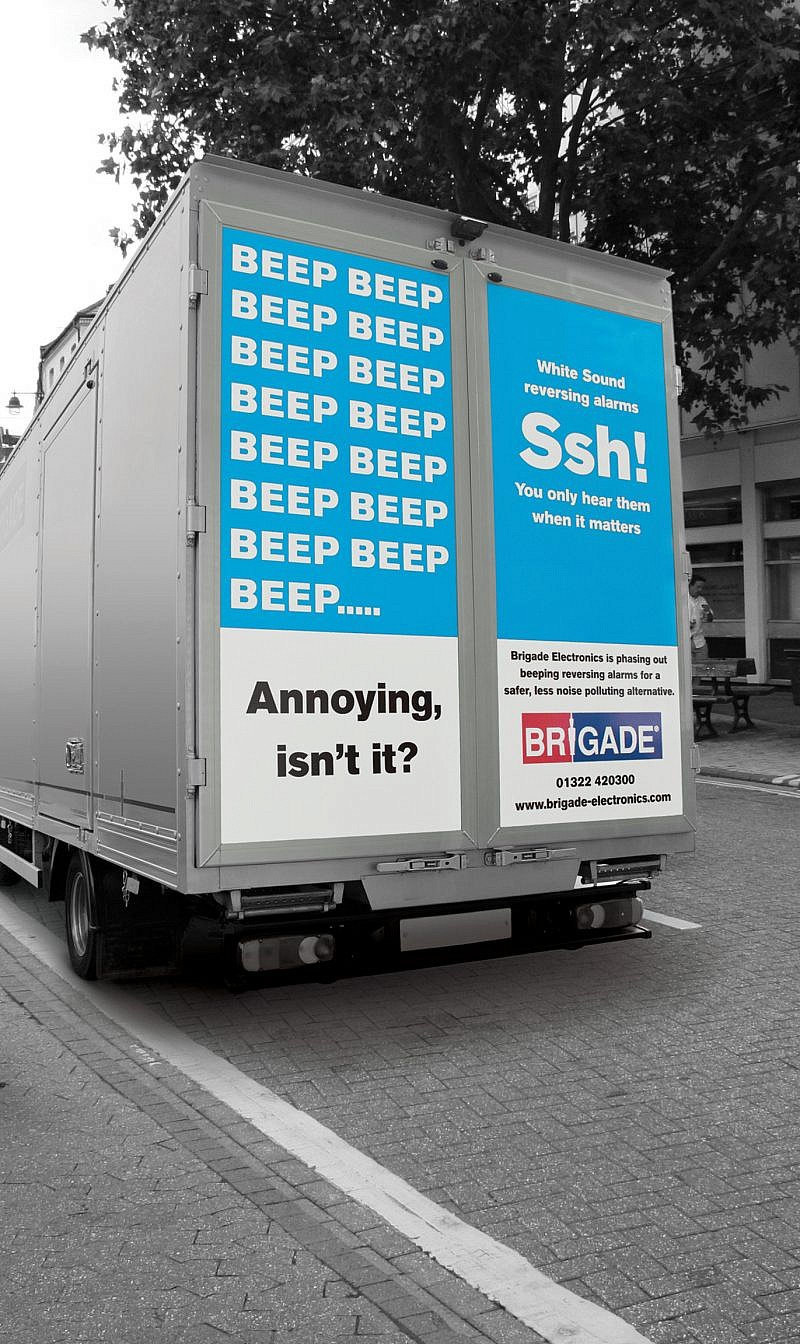 Brigade Electronics is urging operators to consider authenticity when selecting reversing alarms and warns that cheaper imitations may not offer the same safety benefits.

Brigade’s unique and patented bbs-tek® white sound reversing alarms are the safest on the market for many reasons. Firstly the sound is directional and therefore locatable. A pedestrian can actually hear the direction a vehicle is moving in, without needing to physically see it. This has huge benefits for the blind and visually impaired who are guided by sound and can move out of the way of a reversing vehicle. The science behind the sound replicates the same reaction of turning instantly to the location of a snapped twig in the woods or the way that you can hear the direction of the sea.

Brigade’s bb-tek® alarms are also more effective on workers because the sound is only heard in the danger area, preventing them from becoming desensitised to the warning or even disabling the alarm and increasing the risk of accidents. Not only that but people working on site, around machines, reversing with bbs-tek®, are less likely to suffer hearing damage or stress from the alternative unnecessarily loud, intrusive and annoying ‘beep-beep’ alarms.

Brigade’s marketing manager, Emily Hardy said: “Imitation alarms may appear to copy the sound of bbs-tek® but do not replicate the same safety benefits. The concern is that customers think they are getting the same specification but they may not be increasing safety for the most vulnerable road users. Bbs-tek alarms are the original and still the best!”

Brigade’s alarms are popular around the world including; Australia, South Africa, America and Europe.  In New York City bbs-tek® is the only alarm permitted on construction vehicles and the white sound alarms are listed as a requirement in vehicle safety specifications such as HS2. FORS and CLOCS also ask operators to demonstrate noise reducing measures, of which reversing quietly is a consideration.

For more information or to download the bbs-tek® white paper which explains the science behind the alarms, visit Brigade Reversing and Warning Alarms