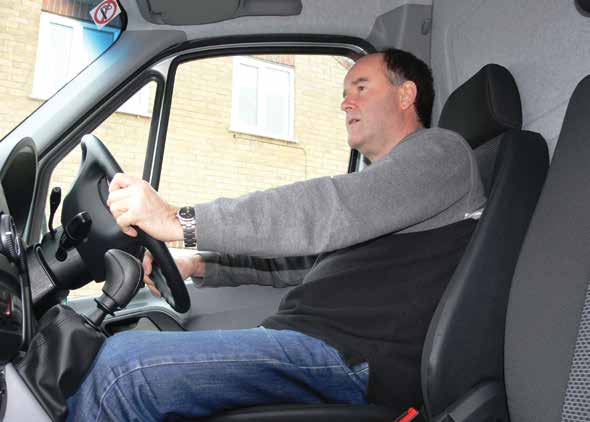 …and it’s not just from outside the cab that the danger lies.

Truck drivers are at risk from dangerous levels of air pollution which can be two and a half times higher inside a vehicle than outside, according to a literature review by Imperial College London.
Levels of nitrogen dioxide (NO2) inside vehicles in urban traffic can be as much as 10 times over the World Health Organisation safety limit – and drivers are inhaling toxic gases and particles with every breath. This poses a significant health risk and, as a result, commercial drivers have some of the highest probabilities of developing air pollution related illnesses.
The impacts of air pollution on health are varied in both immediacy and severity of impact. Short term impacts include reduced alertness, respiratory problems and visual impairment, influencing decision-making and worsening of reaction times, while long-term impacts include cancer, heart disease, cognitive decline and a reduction in life expectancy.

Recent research by the University of Washington has also linked air pollution to poor sleep efficiency. Data showed the group with the highest levels of exposure to NO2 had an almost 60 per cent increased likelihood of having low sleep efficiency compared to those with the lowest NO2 exposure levels. This lack of quality of sleep could be affecting drivers on a daily basis.
Airlabs is one of the world’s leading pioneers in clean air technology. Marc Ottolini, CEO of Airlabs commented: “Truck drivers urgently need protection from air pollution. Policies like the Ultra-Low Emissions Zone (ULEZ) help to reduce air pollution levels in city centres but have a very limited effect on the total exposure that professional drivers see.”
Air pollution has both direct negative impacts on the economics of fleet operations as well as creating risks further down the line. A study by the Grantham Research Institute revealed that a 30 per cent reduction in NO2 exposure results in five per cent fewer incidents. Evidence also shows that sick days can be reduced by 3.2 per cent when eliminating air pollution from the workplace of drivers. As the vehicle cabin is the workplace for commercial drivers, fleet managers can and should aim to improve the air quality in the vehicle and the health and wellbeing of staff. This strategy could reduce driver errors and increase employee and customer satisfaction.

Fleet managers need a solution which will both protect their drivers and their bottom line. One such solution is the Airbubbl – an advanced air cleaner that when placed in the vehicle, removes up to 97 per cent of particulate matter (PM2.5) and up to 95 per cent of NO2 from the vehicle cabin in a matter of minutes.
Ottolini said: “Many drivers and fleet managers believe that standard air filters in their vehicles give adequate protection against air pollution. Unfortunately, in most vehicles this is not the case.
“By installing a product like the airbubbl, they can be confident that they breathe clean, healthy air, feel better and drive more safely.”